A Concise Guide to Title Tags for SEO 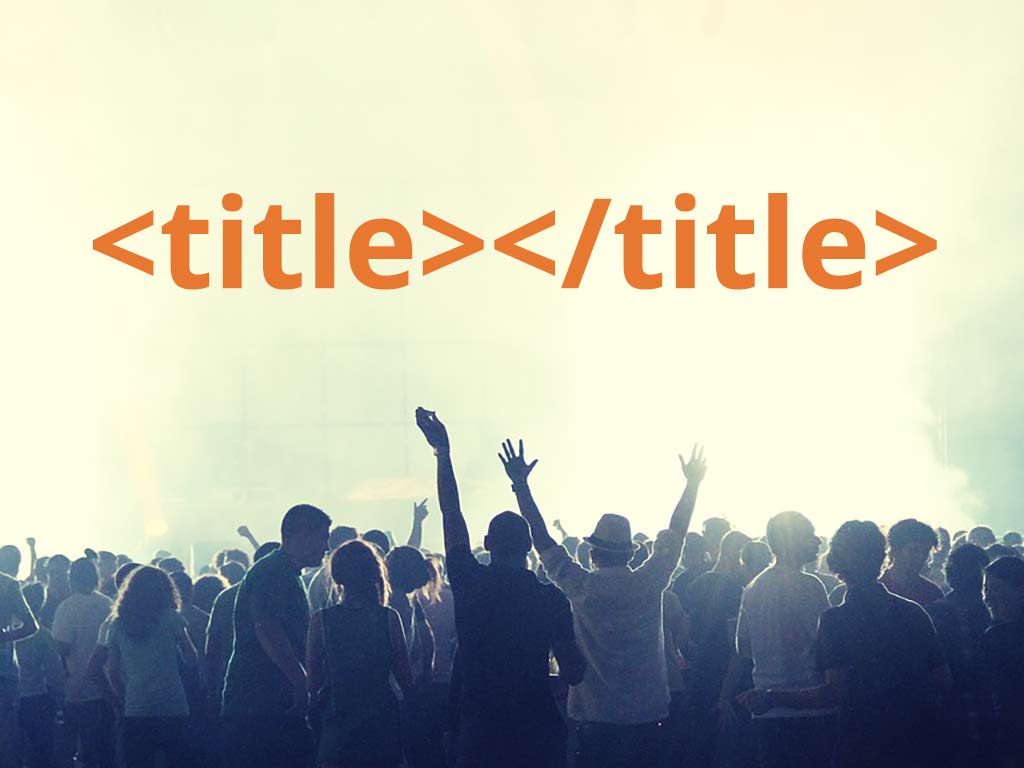 The title tag or “page title” has been deservedly enjoying the spotlight in the SEO community for decades.

In fact, all skillful SEOs recognize it as a powerful component in vanquishing the competition in search results.

And today, I want you to join the tribe. In this post, I want show you what title tags are, why SEOs care about them so much, and how to unleash their power.

What Are Title Tags?

A title tag is an HTML element that specifies the title of a web page.

In other words, this element clearly conveys to users, search engines, social networks, and everyone in between what a web page is about.

The title tag has its own special place in the hierarchy of HTML elements and acts like metadata—in layman’s terms, data providing information about other data (a web page).

The element can’t be found on the page itself, but—like a silent éminence grise pulling the strings behind the scenes—its presence is ubiquitous while its impact may make or break your SEO efforts.

And while with other SEO technicalities, you want to walk a fine line between search optimization and user experience, with titles, you do both.

The overarching, age-old principles you need to know:

That last one is tricky. Why would you care about the length? And how would you spot the golden mean?

First, it all boils down to search engines, particularly snippets. Depending on the user’s device, search engines have a set limit of pixels allocated for each element of the search engine results page (SERP), including title tags.

And if your page title takes up too much space, Google will mercilessly chop off a chunk of it and replace it with an ellipsis, making it less appealing to users.

But where’s that line in the sand?

W3C says that the title tag shouldn’t be longer than 64 characters, while Moz gives us a range of 50 to 60 characters. However, here’s the kicker: when it comes to meta title tags, count your pixels, not characters.

Why? Because some characters take up more space:

Each line has ten characters, but you’ve marked the difference—which is why every technical SEO audit Leverable performs involves analyzing every single title tag of your website to pinpoint the ones that need improvement.

Where Do Title Tags Appear in Code?

The page title is located in the space between <title> and </title> in the header section of an HTML document: 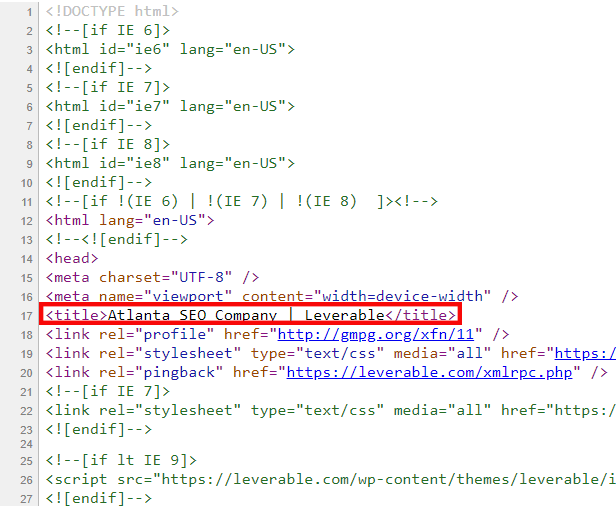 Where Do Title Tags Appear for Users?

We should never judge a book by its cover, but do we judge a story by its title? Yes, very much so.

In SEO, your site gets only one shot at persuading a passer-by to visit. No do-overs.

And title tags are the very first thing that grabs users’ attention across various media on the Web:

Let’s look a each:

Whenever you open a web page in your browser, the page title appears at the top in the tab: 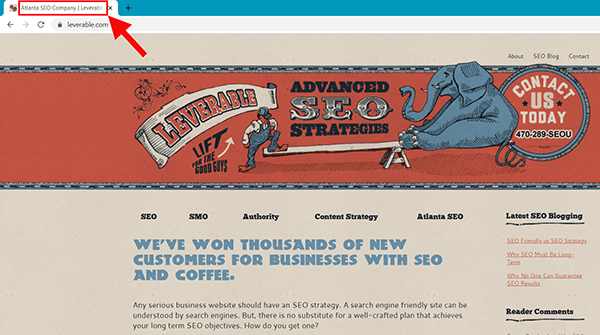 Run a quick Google search to see title tags popping up all over the SERP:

Typically, social media platforms use a mix of Open Graph data and Twitter cards to form a snippet whenever somebody shares your web page. But what if it has neither of them? In that case, the title tag rises up to the challenge, becoming the face of your entire website!

And if your title sucks, so do your chances of getting results from social media marketing (SMM) or ever going viral.

For example, when Twitter fails to find the twitter:title or og:title tag (a plan B) on your page, it goes straight for the title tag instead. Here’s where page titles appear on Twitter should your page lack Open Graph tags—or anything resembling them: 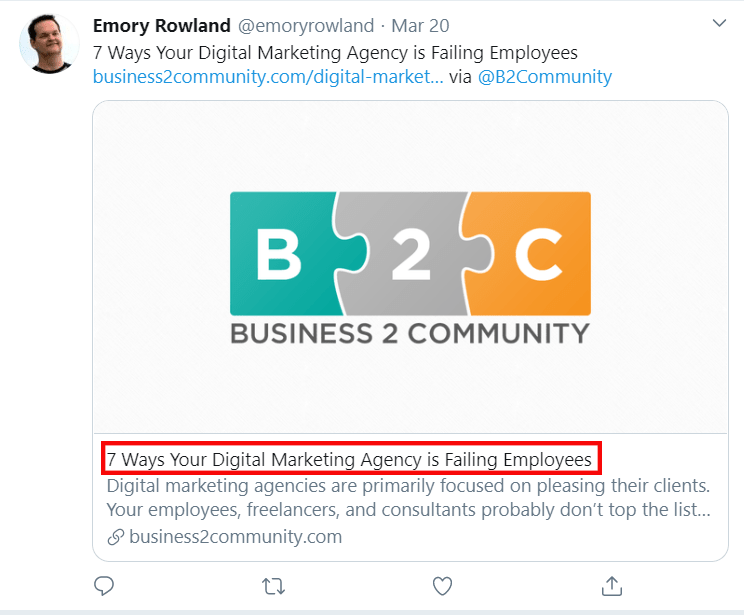 You can’t hide from page titles even in the privacy of your favorite messenger apps. In a similar way to social media platforms, messengers use the same special meta tags to unfurl a URL shared in private messages and put together a link preview.

Again, if the metadata is nowhere to be found on the page, the title tag comes into play. Here’s how a poorly optimized “unfurl” looks in Telegram: 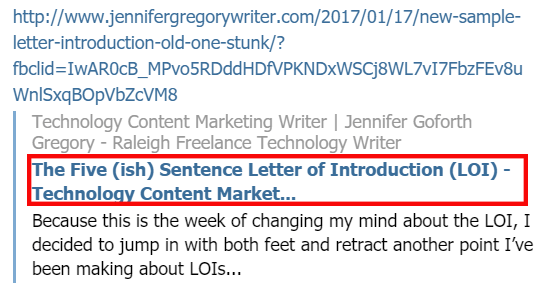 Why Are Title Tags Are So Crucial for SEO?

The strength of the title tag for getting SEO results has been well-documented over the last decade or so and isn’t showing any signs of going away. It worked on static pages in the old days, and it works on WordPress sites today.

Here’s why SEO people often obsess over the element (and why you should, too):

As you see, the HTML element is key for onsite SEO.

And the beauty of it? Unlike with most other ingredients in the SEO cocktail, you have complete control over it.

How Do You Optimize Title Tags? 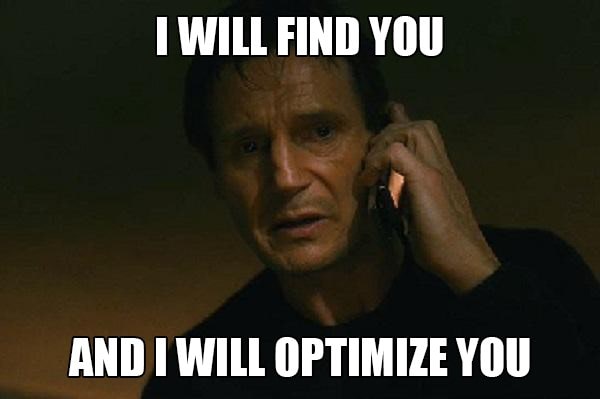 Basically, optimizing title tags for SEO means walking a tightrope of trying to appeal to users and robots at the same time. The failure to optimize them well enough equals lost organic traffic (read: lost money) while pushing too hard for results may lead to devastating penalties from search engines.

I use these core principles in writing title tags to safely squeeze every little drop of value out of them:

Still not convinced that this element runs the show?

Google chimes in to change your mind:

“Titles are critical to giving users a quick insight into the content of a result and why it’s relevant to their query.”

Great, I see you’re now fully on board. Now, how do you transform your title tags from vapid to irresistible? You make them impossible to ignore.

Editors know that, often, the headline matters more than the story itself—in fact, on average, 8 out of 10 people never make it past the headline.

A lot of SEOs argue that high CTR leads to better rankings as it tacitly signals to search engines that people like your content, which means you’d probably do so much better in the SEO department if you spent some time tinkering with your title tags.

And even though the word “clickbait” has a negative connotation, it can be harnessed for good—you don’t even have to be a professional writer. I confess sharing content that I haven’t read. The title was just too delicious.

Some age-old tricks popular tabloids have been cashing in on for decades can boost your CTR. Which one of these two titles would you click?

How to Write a Title Tag

Exactly. It takes about an hour or two to research and learn the essentials of writing exceptional page titles. Just don’t overindulge; you want to borrow a page from the tabloids, not become one.

What about Title Tags in Mobile?

According to BroadbandSearch, 40.1 percent of the time spent on websites comes from mobile users, an upward trend of 222 percent from 2013.

For mobile devices, the rules of the game stay the same. I just want to quickly bust a popular SEO myth about optimizing title tags for mobile search.

You may have read somewhere that you should make your title tags shorter so that they won’t get cut off by search engines on mobile devices. Right? Actually, the exact opposite is the case!

It turns out that mobile title tag lengths are longer than their desktop counterparts, hence no need to shorten your titles just to get your share of the mobile pie.

Don’t look at titles in search results and assume they mirror the title tags in the code.

Even though you have full control over what you type into your title tags, Google may show its own version of your title tag in the SERPs.

Oftentimes, Google just adds your brand name or the name of the city your business is located in at the end of your title tag.

But sometimes, it goes the extra mile, using entirely different words or word order. Why won’t it leave that title tag alone?

Google steps in with an answer:

If we’ve detected that a particular result has one of the above issues with its title, we may try to generate an improved title from anchors, on-page text, or other sources. However, sometimes even pages with well-formulated, concise, descriptive titles will end up with different titles in our search results to better indicate their relevance to the query.

The implications? Do your best and hope for the better because if the algorithms want to alter your title, nothing can stop them from doing so. I most often see title tags rewritten by Google when a client has the same general title tag throughout many pages.

However, there are a few things you can do to discourage rewriting:

“Know how to win by following the rules.”

Since you now know the rules you need to leverage the title tag to your advantage, you can take your onsite SEO to the next level! 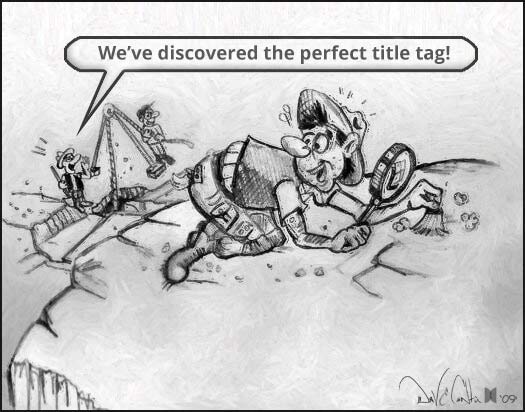