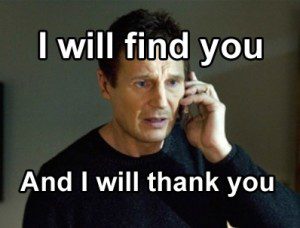 The SEO community isn’t generally known for its philanthropy. Many people try to keep their discoveries to themselves to maintain a competitive advantage. However, some SEO professionals are committed to giving back to their colleagues. These people rarely get appreciation for the work they provide.

This post is my thanks to some of the dedicated pros that have helped make SEO easier for everyone.

Rex Swain is a long time software consultant. I can tell because true software developers rarely update their websites. They’d rather be creating cool free tools like the Rex Swain HTTP Viewer.

I know nothing about Rex beyond what I can read at RexSwain.com except that he digs Pat Metheny on his YouTube channel. He doesn’t seem to have a background specifically in SEO, but the HTTP Viewer has become an invaluable, free tool for that SEO professionals from the local to the enterprise level. It lets you check HTTP status codes and basically “view” what happens from the server perspective when you make a request to a URL. Search engine bots “see” this info and it comes into play when rankings are calculated. I use it for:

Swain created a great tool that can help you make sure that your site displays the same content to search engines and viewers. It can help keep a site from being blacklisted for cloaking or other shady strategies. You can check it against Googlebot and any other user agent. His well-documented explanations of each header element even reveal the history behind the misspelling of the word “referrer” as “referer.”

Imagine doing SEO for a WordPress site without plugins to handle things like title tags and meta descriptions at the post and page levels. I was using Stephan Spencer’s title tag plugin when All In One SEO Pack arrived on the scene circa 2008 from Semper Fi Web Design.

Michael Torbert was a WordPress developer who recognized performing SEO for WordPress was a lot of work. He created the versatile All in One SEO Pack to make life easier for everyone with a WordPress site. SEO plugins have come a long way handling stuff like social, and schema.org markup and sitemaps. There are many. Only one WordPress SEO plugin can claim to have overtaken it and that’s Yoast SEO which does many of the same things. I still use All In One on sites today.

Have you ever read through a patent filing from a search engine company? Okay, but have you ever understood one?

SEO by the Sea is one of the first SEO blogs I started reading when I got serious about SEO. Bill Slawski’s blog takes a unique perspective on SEO.

Most SEO blogs share a lot of the same sorts of information. Slawski tries to understand how search engines tick. He reviews patent filings on search engines to understand changes that they may be rolling out in the future. I’ve enjoyed Slawski’s research and writing over the years because he asks questions and offers theoretical answers, giving readers a chance weigh in with their own interpretations. A lot of the stuff you read from Bill will reveal the direction and future of search engines so you can anticipate the changes before they become a reality.

Jason Acidre is the genius behind the online marketing blog Kaiser the Sage. Acidre is a very modest blogger and SEO researcher from Manila. The About section of his blog is pretty anemic, because Acidre doesn’t want to boast. I feel that he deserves great recognition for his contributions to the SEO community.

While his name is not widely known, Acidre’s work has benefited many people in the industry. He has written countless in-depth posts on SEO. I seem to remember him being one of the first to write very long detailed posts that you actually wanted to read.

Like Slawksi, Acidre is committed to understanding the way search engines work. He has conducted a number of case studies to get a better understanding of the science of SEO. Acidre has shared his findings on his blog, YouTube and a thread on Reddit. He has some great advice on recovering from Google penalties, dealing with new updates and managing advanced link building campaigns.

Sometimes you need to dialogue with like-minded people to get the answer you need. I learned my first SEO lessons on forums. Many people forget how important forums are for SEO consultants. They make it possible for people to share their experiences and insights with each other. The Webmasterworld.com Google News and SEO Forum has been one of the richest sources of SEO information around. I’ve also made use of their Apache forum to get some nasty mod rewrite questions answered.

Tabke founded Webmaster World ages ago and has been involved in community networking since the days of BBS. We rarely consider the importance of the job of bringing people together for discussion. But Tabke has made a huge difference.

Taking it a step further, Tabke went on to found Pubcon, one of the most popular conferences for site owners and marketers in the world. Pubcon is the first venue where Matt Cutts answered people’s questions about SEO.

You may not realize it but the writers you love to read on the Internet didn’t always single-handedly create those wonderful works that get massive amounts of social shares. Editors helped. Editors like Ruud Hein.

Ruud Hein has been the editor of Search Engine People for over a decade. He has been instrumental in sharing important developments in SEO and tips that the community benefits from.

Ruud said that his goal is to help SEO professionals understand every challenge they will face. Ruud says that he wants to help people understand:

Ruud has built a large staff of over 70 writers to share information on SEO. He has worked with some of the biggest names in SEO, including Ann Smarty and Aviva Blumstein. I can’t imagine the talent it must take in herding so many writers. I see from Ruud’s social media posts that he’s a fellow celebrator of coffee drinking.

Next time you read a really good blog post think about the person who took it a step further to make it excellent. Never forget that editors change or sometimes completely rewrite posts. And they never take credit but passing it on to the writer.

I first became aware of Eric Enge after reading his interviews of industry greats at Stone Temple Consulting. Enge is also one of the few people that have had the opportunity to interview Matt Cutts and other leading SEO authorities. He interviewed Cutts about the role that link building plays in SEO and the best ways to go about it. He also convinced Cutts to divulge a number of important views such as Google’s positions on sculpting PageRank, using widget bait and hiring link builders. Cutts never shared any information on these issues before his interview with Enge.

Eric Enge is unquestionably one of the leading authorities on SEO. I know he speaks at SMX and SES and writes excellent posts. But, I realized the depth of Eric’s commitment to the SEO industry when I heard him speak at a local Atlanta SEMPO meeting with less than 100 people present. Traveling around to speak at small gatherings gets you a lot of respect and appreciation from the local troops fighting in the trenches.

Tad Chef has been an online publisher since 1997. He speaks his mind about Google’s practices. Chef has condemned Google as a greedy monopolist and attacked it for penalizing bloggers.

Tad is a great writer. I wish he’d write more. He shares valuable and humorous insights for guarding against the insanity of search engine penalties like “How I Recovered from Panda by Banning Google.” Would you have the guts to block Googlebot from crawling your site?

I wish I had time to list all my favorite posts by Tad. Check out his blog and you’ll see he’s a master title creator and doesn’t disappoint. I am thankful for Tad Chef and people like him because he reminds me not to fear big corporations who can cause your business to gain or lose revenue. 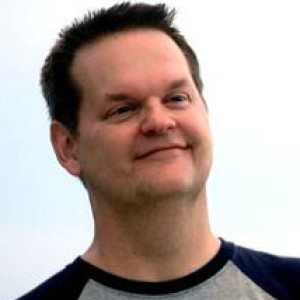 I'm an Atlanta SEO Consultant and founder of Leverable. SEO has been part of my life for over two decades and always will be. I love helping people improve their search performance aka "lift for the good guys" through Leverable. I believe in the empowering capabilities and rewards of effective SEO. Follow me on Twitter and LinkedIn. Read more...
All Posts 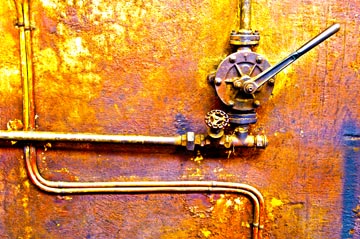 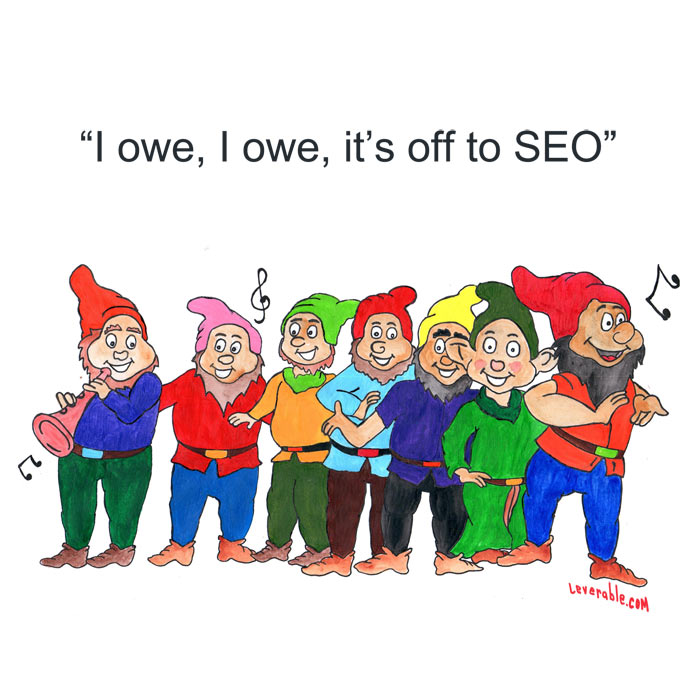 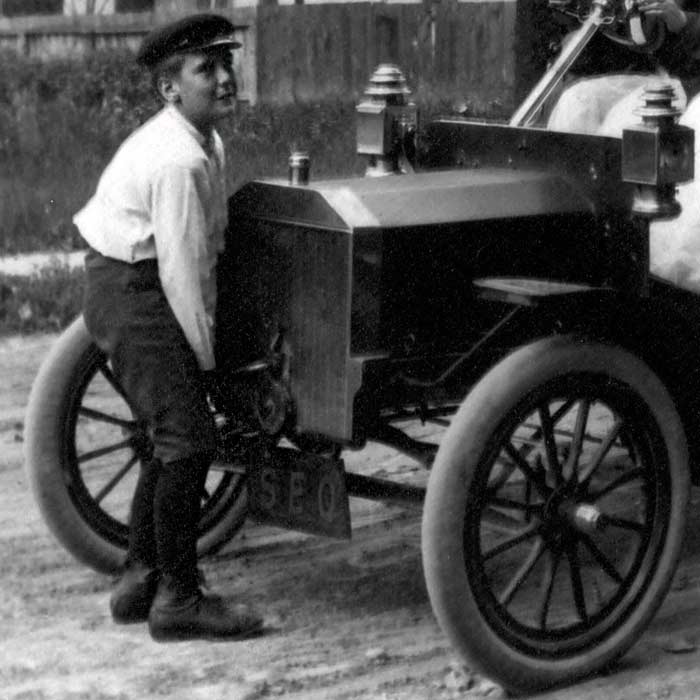